The role of alternative treatments in canine breast cancer

You are here:
Artemisia annuaArtennuaVeterinary Phytotherapy 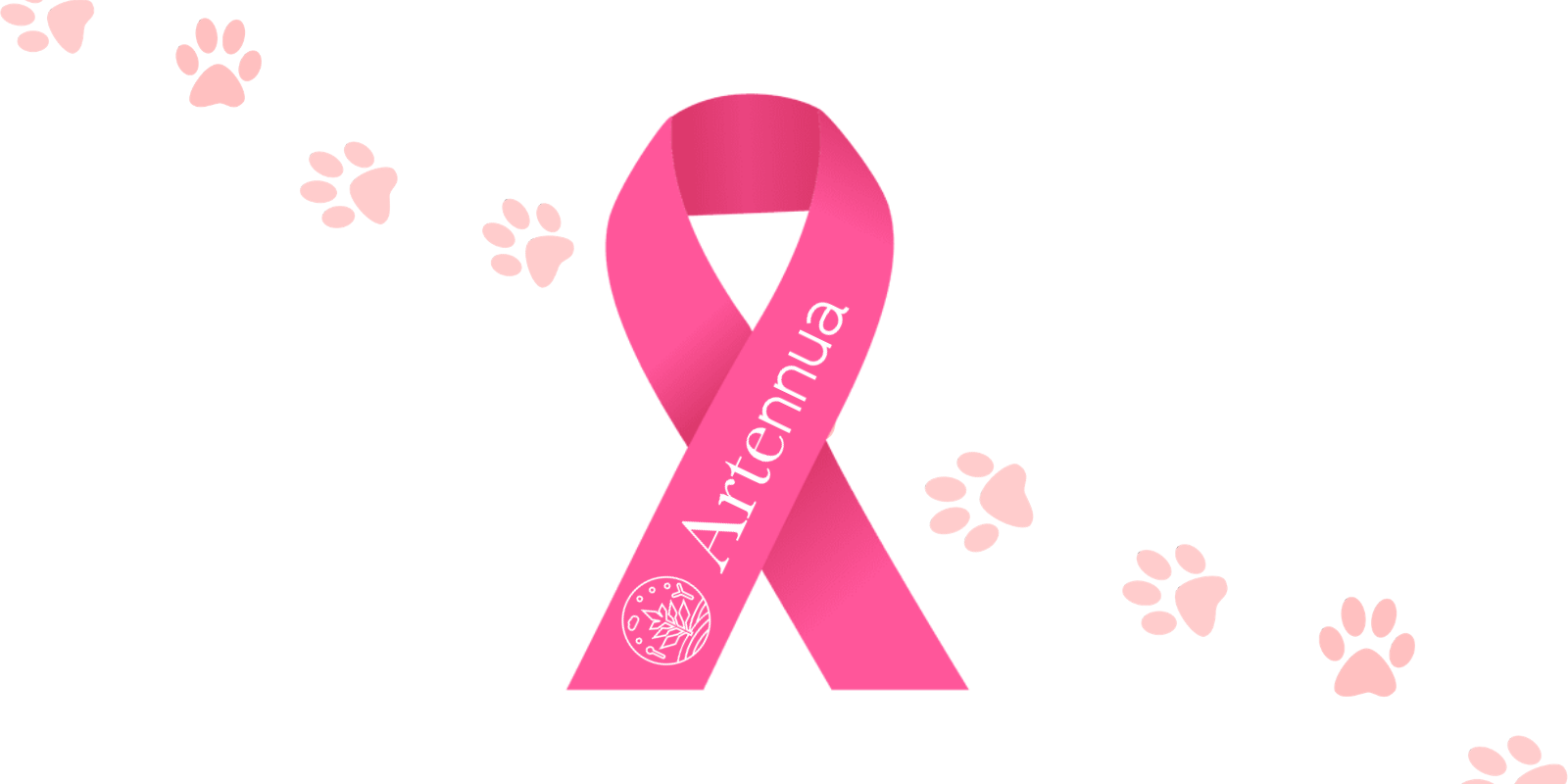 October 19th commemorates the fight against breast cancer, a disease that is increasingly affecting humans and our pets. In the animal world, this pathology is very common in canines and felines, where females are more likely to acquire this disease (canine breast cancer).

Fortunately, in many cases, the tumors are benign, but certain recommendations should still be considered to avoid serious consequences. In the present post we tell you about canine breast cancer and the role of alternative treatments to control the disease.

What is breast cancer and what are its possible causes?

Breast cancer is the presence of an abnormal mass or neoplasm in the mammary glands, caused by the reproduction and uncontrolled growth of malignant or benign cells in the body. Some investigations have shown that external and internal factors of the animal can induce canine breast tumors (CMT), either by genetic background, radiation, virus, hormonal variation, diet and the condition of the immune system. Among the most important factors that contribute to the development of CMT, there is a deficit in the immune system and the hormonal factor, the latter being the main cause of the development of this and many more pathologies.

Treatment for breast cancer will be based on the status of the CMT, its conditions and the veterinarian’s assessment. Once breast cancer is diagnosed, one of the most common and effective treatments in surgery, being this the first choice method to counteract the cancer.

In cases where metastasis already occur, chemotherapy can be performed after removal of the cancer, which can prolong life expectancy. However, when treating cancer cells, it is very possible that healthy cells are also affected, causing side effects, so palliative care will be necessary to counteract the symptoms.

The use of alternative and natural therapies for the treatment of CMT does not imply a direct relationship with the cure of the disease, but they play an important role in complementing the effectiveness of traditional treatments. In both humans and animals it is increasingly common to use molecules from medicinal and aromatic plants (MAPs) to counteract symptoms and side effects.

Artemisinin, produced by the plant artemisia annua and recommended by the WHO to combat malaria in ACT (Artemisinin Combination Therapy) format, has been studied for its great capacity to stimulate the immune system and to treat diseases such as cancer. The use of artemisinin has powerful anti-cancer properties, research has shown that this valuable molecule increases the rate of inhibition of cancer cells and restricts their migration and invasion into the animal (Dong, J et al.). Also, artemisinin and its derivative artesunate have been found to have cytotoxic effects on cancer cells, reducing tumor size and metastasis (Im et al., 2018).

Undoubtedly, the integration of traditional treatments and alternative treatments under the supervision of a veterinarian is a great pharmacodynamic synergy in our pets to fight cancer and other diseases.