Learn more about Artemisia annua and our optimized version, Artennua®

You are here:
Artemisia annua 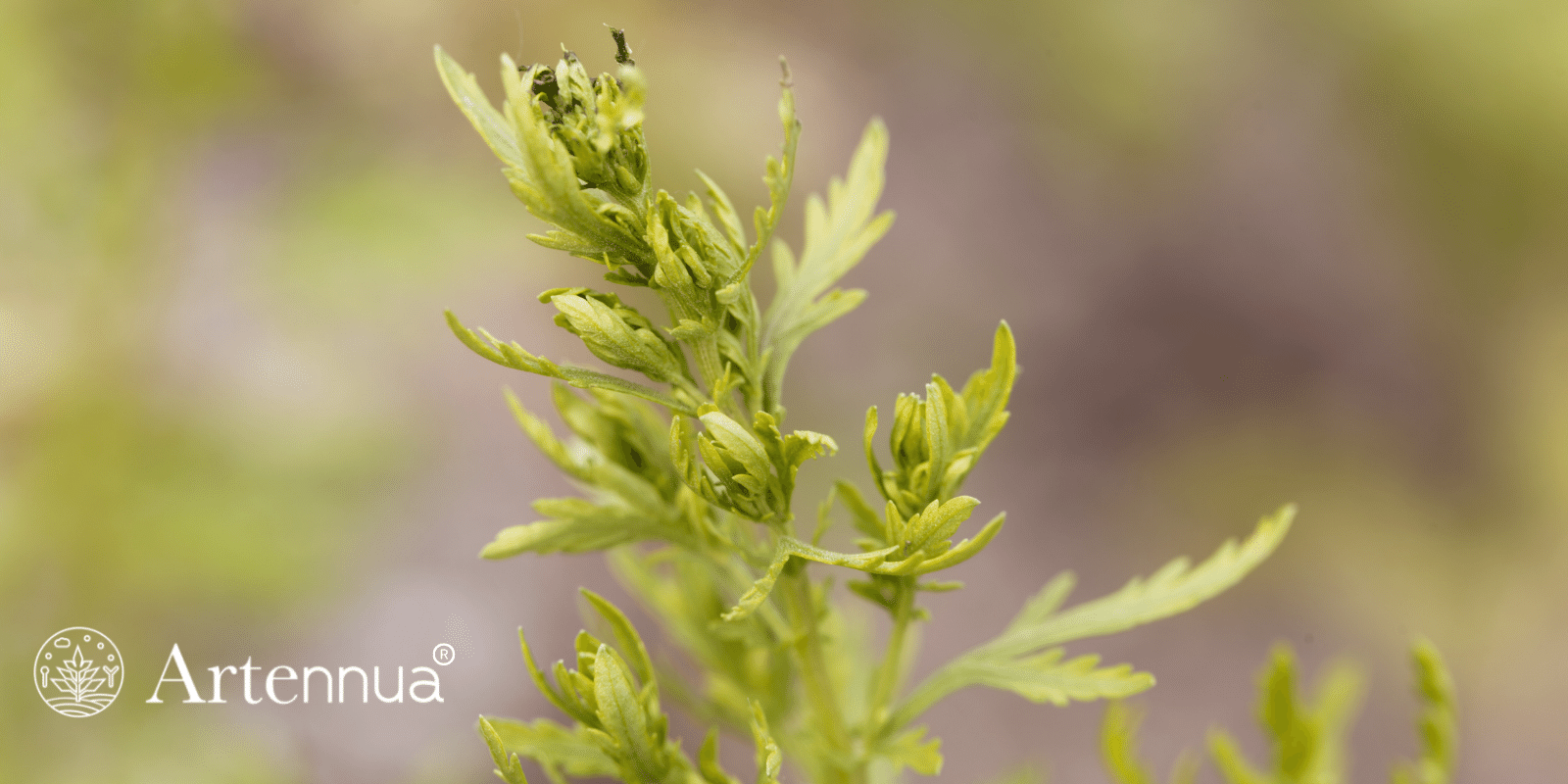 Artemisia annua is an aromatic herbaceous plant native to Asia, a species that stands out from the rest of its genus as an excellent and important source of clinically proven therapeutic compounds. Artemisia annua L. produces a range of complex terpenoids in its trichomes, among which artemisinin is of particular interest for the treatment of a variety of pathologies.

For some, the name artemisia derives from the Greek goddess of hunting and forests, Artemisia, who according to tradition was the first to taste it and discover its virtues. While for others the name comes from the Greek word “artemes” which means “of good health”. It was considered a magical herb, believed to be useful to keep away negative spirits. Artemisia is a genus of plants known since ancient times for their various and numerous healing properties, but it is in China that these species have become particularly well known and recognized for their various health properties. It was traditionally used to treat fever. It was rediscovered in 1970 when the Chinese Manual of Prescriptions for Emergency Treatments (340 B.C.) was found.

Its medicinal properties were rediscovered by modern science in the 1970s when research revealed that the plant contains more than 10 active substances that act together or in parallel. In 1971, scientists demonstrated that extracts of the plant had antimalarial activity in primate models, and in 1972, the active ingredient, artemisinin, was isolated and its chemical structure described. The therapeutic substances contained in the plant are artemisinin, eupatorin, casticin, artemetin, phenolic acids and coumarins. Artemisinin is its main component and is found in the glandular trichomes of the leaves, stems and inflorescences. It is concentrated mainly in the upper parts of the plant where new growth occurs.

In general, artemisia is a plant with a sedative and expectorant effect and also has antiseptic, antispasmodic, carminative and digestive, emmenagogue, expectorant and antidiabetic properties. Scientific studies have shown that the components within the leaves of Artemisia annua, which can be ingested in capsules, extracts or teas, have significant activity against breast and prostate cancer without serious side effects. Artemisia annua has also been shown to be effective against a wide range of pet cancers and leishmaniasis. Prevention, as they say, is even better than a cure. Artemisia annua and its derivatives are being studied for preventive effects. When taken at recommended dosages it does not give side effects and could even protect against the development of diseases, from infections to cancers.

Artennua® is the optimized version of the Artemisia annua plant; improved thanks to our 100% natural technology that increases the content of botanical active ingredients.

The production of Artennua® is based on a unique and patented technology called TricoStimulant™, a 100% natural smart agrotechnical solution in the form of a biostimulant specifically aimed at enhancing medicinal and aromatic plants.

The mechanism of action of TricoStimulant™ technology is based on stimulating plant trichomes (glandular structures) to produce more molecules of interest. After many years of R&D, the technology has been incorporated into the cultivation of the Artemisia annua plant and has created a new brand of an optimized version of the plant under the brand name Artennua®.

Artennua® is therefore the result of applying the unique Tricostimulant™ technology to plants in the field, during the flowering cycle. Today the largest production originates from an organic farm in the Canary Islands.

Meet Odin, Uma and Pluto, the dogs with Leishmania that are being treated with ARTENNUA® and their progress.
06/07/2020
Search
Share