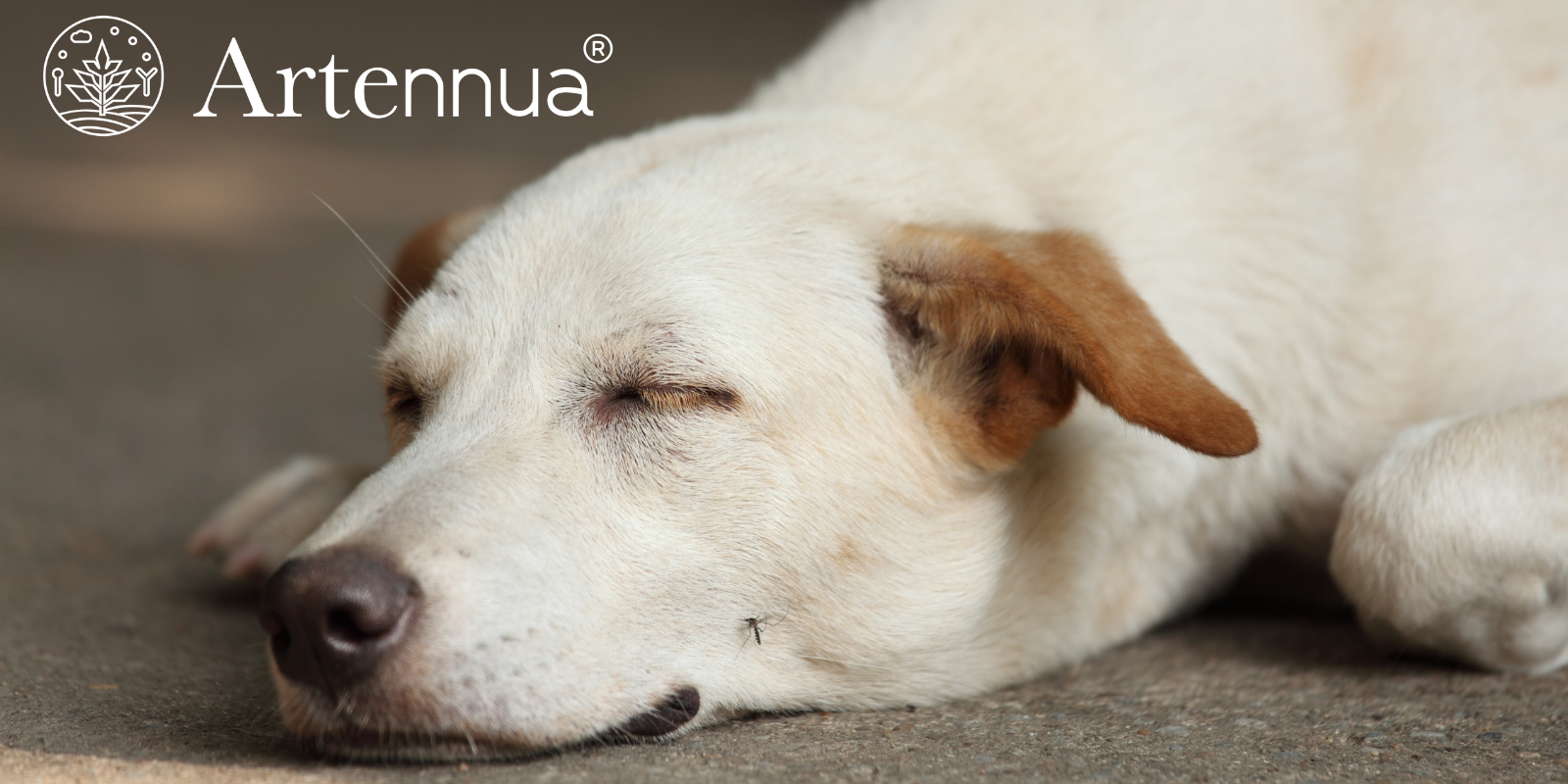 Canine Leishmaniasis (Lcan) is a zoonotic disease endemic in 98 tropical countries that can generate severe systemic pictures of different considerations in dogs. In Europe, the causal agent of the disease is Leishmania infantum, transmitted by the bite of a group of mosquitoes of the genus Phlebotomus, which is able to reprogram the cellular microenvironment and to interfere in the immune response of the host, thus producing a persistent infection.

In Spain, Lcan is an endemic disease with an incidence that varies according to environmental and climatic factors such as temperature and humidity. A study determined that the places where the disease is more prevalent are those that are in the Mediterranean basin; Balearic Islands, Galicia, Andalusia, Extremadura, Catalonia and Madrid are those communities that present more positive cases for the disease. A seropositivity test of Leishmania infantum performed in the study determined that the disease is possibly related to the size of the animal, to its breed and to its age, having the youngsters more risk to contract the disease (Galvez, R, et al., 2020).

The clinical signs of the disease can be very variable, since they can present from simple skin lesions to affect vital organs such as the liver and kidney, even causing death in many occasions. Studies have shown that the progression of the disease is related to the animal’s immune system, since the immune response is a determining factor in the development of Lcan and could be involved in the lack of response to conventional treatment observed in some patients (Galvez, R, et al., 2020).

Is there any treatment for Canine Leishmaniasis?

Canine Leishmaniasis (Lcan) is a disease with a high mortality rate in infected dogs when they do not receive adequate treatments. Currently there are different drugs and therapies in the market to fight the disease thanks to their leishmanicidal or leishmanistatic action (Meglumine Antimoniate, Amphotericin B, Pentamidine, Aminosidine, Miltefosine and Allopurinol). However, many of these are unsatisfactory due to side effects and cost. This, together with the appearance of isolates resistant to the main leishmanicidal drugs, accentuates the need to develop new therapeutic strategies. In this sense, the combination of immunomodulatory agents and leishmanicidal could enhance the efficacy of drug therapy and even prevent the emergence of resistances.

A recent study compared the action against leishmaniasis of Meglumine Antimoniate or Glucantime® against artemisinin (ART), artemether (ATM), artesunate (ATS) and dihydroartemisinin (DHA). These molecules are naturally found in the plant Artemisia annua and it has been determined that they present a behaviour as effective for the treatment against Leishmania as Meglumine Antimoniate.

Is there a more effective and natural treatment for Canine Leishmaniasis?

Artemisia annua and its molecule artemisinin have been shown to be a powerful stimulator of the immune system by provoking the production of lymphocytes and cytokines responsible for regulating the adaptive immune response of the TH1 cell type, inducing oxidative stress in parasites, leading to their apoptosis or death (Shakir et al., 2011). So much so, that our product Artennua®, an optimized version of Artemisia annua, has presented important results in the fight and control of the disease.

In order to confirm the effectiveness of the Artennua® capsules, Biotech Tricopharming Research SL has carried out in vitro studies at the prestigious Institute of Tropical Diseases and Public Health of the Canary Islands, University of La Laguna. We observed how the artemisinin present in Artennua® capsules has a leishmanicidal effect. After the infection of the promastigote and amastigote of the parasite in a murine model, and the subsequent inoculation of artemisinin, a mitochondrial dysfunction was evidenced in the parasite leading to its apoptosis.

During the last months we have carried out in vivo tests with satisfactory results in patients affected with Lcan. In collaboration with the Trifolium Foundation, an animal shelter in Garraf Natural Park, dogs suffering from Leishmaniasis have been treated with Artennua® with great results.

With our in vitro and in vivo results on the leishmanicidal effect of Artennua® we are advancing in the knowledge of the effect of the medicinal molecules, confirming repeatedly the qualities of the plant Artemisia annua.