You are here:
Artemisia annuaCancer 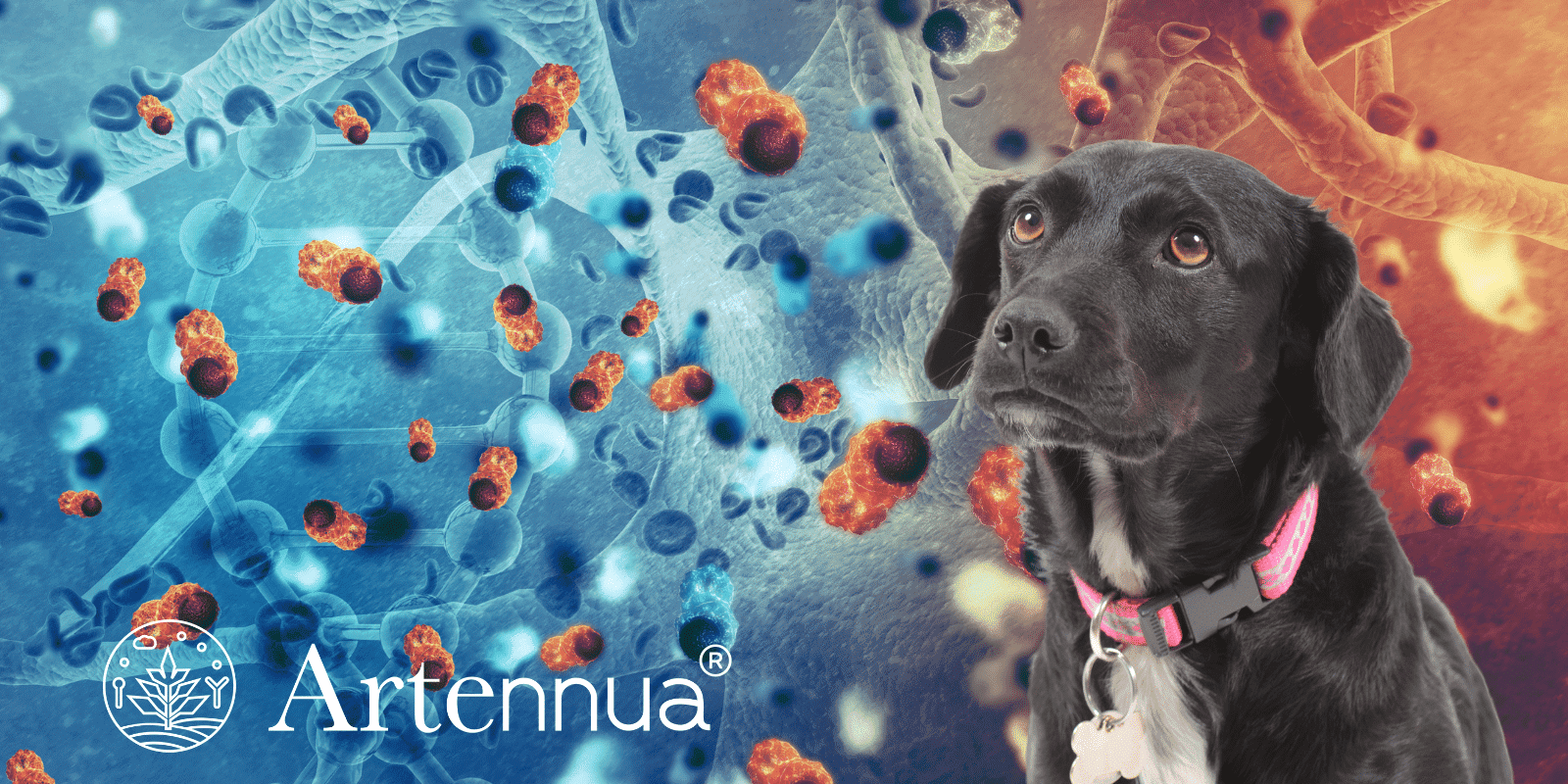 As with humans, it is very common for our pets to suffer from cancer. Which in animals can be treated and in many cases the tumor can be remitted with the appropriate treatment. It is estimated that cancer is the leading cause of death in geriatric dogs and cats. Therefore,  significant advances have been made in veterinary medicine and surgery with particular emphasis on the treatment of this disease.

Artemisia annua is well known for treating diseases such as malaria and leishmania in dogs. Currently its active compound, artemisinin, and semi-synthetic derivatives, have been the focus of research for their anticancer properties, with interesting and very promising results.

A research carried out by the Department of Pharmacological Biology at the Johannes Gutenberg University in Mainz, Germany, Saeed, M., et al, (2020) has demonstrated the anticancer activity of a phytotherapeutic preparation of A. annua on tumors in small companion animals. For this study, 16 dogs and 4 cats were treated with Artemisia annua and were compared with an untreated control group. In the first place, biopsied samples from the patients were studied by identifying biochemical markers (TfR and Ki-67) that established a correlation with the mean inhibitory concentration (IC50) of artemisinin in two tumor cells (DH82 and DGBM) previously determined in in vitro studies. The anticancer effect of this molecule was thus reaffirmed. Secondly, the survival times of the animals treated with Artemisia annua were evaluated and they survived more than 18 months compared to untreated animals. Animals treated with standard therapy plus Artemisia annua have better survival prognosis compared to those treated with standard therapy alone.

Another study conducted by the Department of Veterinary Medical Sciences and the Department of Pharmacy and Biotechnology of the University of Bologna Isani G, et al (2019) evaluated the cytotoxicity and antiproliferative effect of pure artemisinin and a hydroalcoholic extract obtained from Artemisia annua on canine osteosarcomas. Both artemisinin and the hydroalcoholic extract induced a decrease in cancer cells achieving a more potent cytotoxic activity of the hydroalcoholic extract than pure artemisinin, indicating a possible synergistic effect between other molecules present in the Artemisia annua plant and a mechanism of cell apoptosis generated by iron action (ferroptosis).

In summary, the use of Artemisia annua and its main molecule artemisinin has a potential anticancer activity. Several investigations have shown that this valuable plant increases the inhibition rate of cancer cells and restricts their migration and invasion of other tissues, in types of cancer such as carcinoma, fibrosarcoma and osteosarcomas Dong, J et al (2019) achieving cytotoxic effects on cancer cells, reducing tumor size and tumor metastasis.  Im et al. (2019). Artemisia annua and cancer.

Meet Odin, Uma and Pluto, the dogs with Leishmania that are being treated with ARTENNUA® and their progress.
06/07/2020
Search
Share