Artennua® was originated in Spain in July 2018 but since 2015, our CEO Dr Luis Matías Hernández, has been developing different approaches to optimize medicinal and aromatic plants (MAPs), starting with Artemisia annua. His project participation and work with the R&D department of the biotech company of Barcelona, Sequentia Biotech,  led to promising results in the lab. A pilot field study financed by CDTI (Government of Spain) made possible to validate the outcomes on the field. That’s how we started the production of a special Artemisia annua, named Artennua®. Since then, we have been focusing on how to potentiate benefits, productivity and applications of medicinal and aromatic plants to maximize and intensify their properties stimulating plants’ trichomes.

Our history is the result of a dream meeting a balanced mix of science, entrepreneurship spirit, public funding opportunities and a dynamic ecosystem for start-ups generation.

Our headquarters are located in Barcelona (Spain) MediaTic building, in the core of 22@ innovation district in PobleNou. We are ubicated at the second floor in the Barcelona Activa’s incubator space hosting technological start-ups. 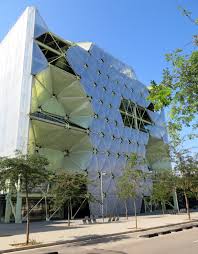 Our production facility is ubicated in the Northern area of Tenerife Island (Canary Islands), in the El Pico farm, in Tejina, province of Santa Cruz de Tenerife. 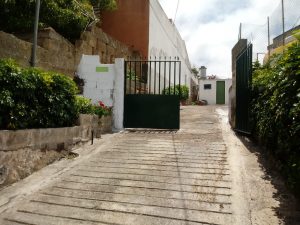 Our travel into trichomes started with Luis Matias Hernandez and his post-doc at Dr. Soraya Pelaz group in the Centre for Research in AgriGenomics, CRAG (2012-2014). His research was on trichome formation in different plants and their possible applications. In 2015, together with Sequentia Biotech funders, he received a Torres Quevedo grant by MINECO (Ministry of Economy, Industry and Competitiveness, Government of Spain) with the aim of trying to optimize medicinal plants using different biotechnology techniques.

After three years trying different biotech strategies in either laboratory and controlled-greenhouse, experiments gave very positive results. We discovered that our novel technology, TricoStimulant,  was able to produce twice the artemisinin concentration in Artemisia annua leaves, as well as increasing the foliar or ‘leaf” biomass three times, all in all increasing the production of artemisinin six-fold. At the same time, our innovative approach was able to accelerate the growth of Artemisia annua to just over 2 and half months instead of its usual 8 months, meaning that the production could be increased from one annual crop to at least 3.

Based on these results, our co-funders Luis Matias Hernandez and Chiara Sanseverino in 2016 applied for and were awarded by the Neotec grant by CDTI (Centre for the Development of Industrial Technology from Spanish Government), which co-financed together with Sequentia Biotech the field pilot production of our optimized Artemisia annua through to the development of the final product prototype of Artennua®.

We had a Prototype-Product stage of Artennua®, carrying out R+D production of the optimized plant in the field. Our research revealed Tenerife as an optimal location to use our technology and cultivate Artennua®. In 2017, we established a collaboration with the Canary Institute of Agriculture Research (ICIA) to start pilot production tests in two different microclimates of the island. In May, after selecting the most appropriate microclimate, we began our pilot production over half hectare. In summer 2017 we had the first Artennua® harvests and at the end of that year the final product in the form of dry, lyophilized leaves. We also started scouting other potential formats of interest. In 2018 Biotech Tricopharming Research was created and since then commercializes Artennua®.

El Pico farm, our agrofarm, is situated in the north of the island of Tenerife, in Tejina, an ideal location for starting our small-scale production in June 2018. The farm has had to be renovated and prepared to meet current standards and develop the required infrastructure for the cultivation, harvest, post-harvest and transformation of the product of Artennua®. By mid 2019 we finished the preparation of the drying facility and thus we could centralize all the production cycle in our infrastructure. The continuous analyses to assess product quality and efficiency have been subcontracted to the SEGAI, which provides research support to University of La Laguna.

By 2020 we received ISO9001 quality standard label and we are able to provide big volumes of Artennua® product planning to significantly expand the cultivation area. We also produce Artennua® in different formats for different clients. The first available format is the vacuum bag dried leaves. The second available format – launched in October 2019 – are capsules for pets. The following format available for testing by mid 2020, is a glycolic liquid extract suitable for cosmetics and topical applications. In 2019, we have also conducted a pilot production of essential oils with a complete phytochemical profile for exploring further applications. We are always guaranteeing high-quality standards with all the various formats by performing content measurement of secondary metabolites of potential interest and the corresponding microbiological analyses.